skip to main | skip to sidebar

I look in from the outside
A stranger to this cultural concept
That someone does and people will kill
For the sake of ‘misguided’ honour.

I saw on the news today
A landmark case was won
A brother’s nine year struggle for his dead sister
Murdered for trying to flee a marriage come undone
Finally bringing them to justice
But are you surprised they were so close to home
Finding perpetrators of a hideous crime
But now they will serve their time.

A young Asian female life forsaken
For being too western and wanting divorce
Her new life just starting… cruelly taken
Or just because they thought she brought the family ‘shame’
A cheap excuse for killers to permanently maim.


I can’t understand
How this happens to be
This isn’t my culture
But still it’s illogical to me.
Regardless of race, colour or creed
To take the life of another is just wrong
For love, honour, shame or greed
I say Brother Singh, you were so very strong
You battled it out, shouting the message
To these people, so loud and clear
It won’t be easy for them now
English law they must fear
To another country, another place
To know they can’t send or force these girls
To disappear without a trace
Their death voices will be heard…
And sooner not later justice will be served.

Hello and Welcome to my blog.

Please feel free to browse and leave feedback (named or anonymous) for poetry from my first collection "INSPIRED" which is available now and can be ordered directly from me.

Costs £9.99GBP if you live in the UK
Costs £12.99GBP for all Overseas orders - if you live in USA, Canada, Caribbean, Europe etc.
(All prices include P&P/S&H for INSPIRED.)

Please send your payment securely to me via paypal to:

Or visit http://www.poetryforschools.com/Products.html
You can also buy signed or unsigned copies from me through my storefront in the Amazon Marketplace - Seller: ANGELA EDGAR
http://www.amazon.co.uk/shops/angelaedgar
If you'd like to read poetry from my second collection please visit http://www.cinnamonandsin.com/ or if you'd like to read some newer pieces, please visit and 'Like' my page on facebook
http://www.facebook.com/pages/Angela-Edgar-Poet/131326630213403
Thank you for spending some time with me. 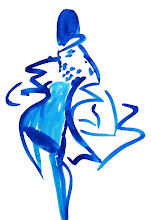 Angee
I think my poetry and other writing speaks for itself. I see them as an extension of myself, who I am, who I'd like to become. Sometimes it's just conscious, real-life, everyday events I write about as well as plain old fantasy on a crazy day! But honestly, I'm a West London gal born and bred, who is just nurturing her talent for writing and discovering her literary destiny.